MAHONIA FOR THE UK GARDENER

Are Hebes Right for my Garden?

How to Care For Mahonia

How to Prune Mahonia

Article by David Marks
Mahonia are evergreen shrubs and most, but not all, are fully hardy in the UK tolerating cold as far down as -15°C. The more common varieties such as Mahonia media 'Charity' grow to a height and spread of 2m / 6ft but there are smaller varieties, some even being described as ground cover. Sometimes called Oregon Grape. Yellow flowers are produced in November to February / March often followed by black berries.

They do have some very specific requirements so consult the list below to see if they are correct for you and your garden conditions: 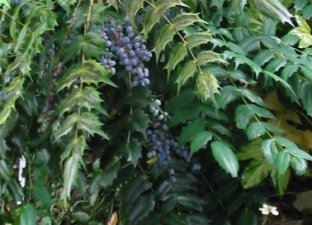 HOW TO CARE FOR A MAHONIA


Mahonias are very low maintenance shrubs but a small amount of attention will ensure that they perform to the best of their abilities. The following care plan will help them do just that: 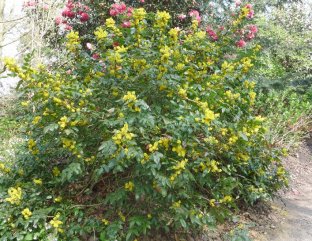 
An annual prune will do your Mahonia a power of good. It will keep the plant to a reasonable size prevent crowding the centre.


Mahonia are very healthy plants but they do suffer from a few diseases in particular.

All varieties of Mahonia can be affected by rust but Mahonia aquifolium an bealei are the worst affected. The Latin name for this fungus is Cumminsiella mirabilissima. The symptoms are deep red small marks on the top of the leaves. If you turn the leaves over they will have brown, rust coloured powdery marks on them.

Rust spreads in humid conditions where there is little ventilation. Treatment of rust on Mahonia consists of the following:

The symptoms are irregular brown marks on the tops of the leaves, with a light grey fungal growth on the undersides of the leaves. Lower leaves are more affected compared to leaves higher up the plant. This is caused by a fungus The causes are cold soil, bad air circulation and damp conditions. The only cure is to avoid those conditions. You may need to move your plant to a sunnier position. Eventually the disease will kill your Mahonia if not attended to. Read our in depth article on powdery mildew for much more information.


Other "easy-care" shrubs in this series include Choisya, Skimmia, Mock Orange, Lilacs, Potentilla and Rose of Sharon (hibiscus syriacus).

There are many varieties of Mahonia grown in the UK but only about four are commonly sold in garden centres.

Below we list the key strengths and weaknesses of Mahonias.