How to transplant a Gooseberry bush

There are several key differences between gooseberry bush varieties and they can be summed up as follows:

The berries start off as pale green but as they mature they turn to a deep burgundy red colour. When pinkish they are excellent for cooking and when .... Click here for the full in depth article. 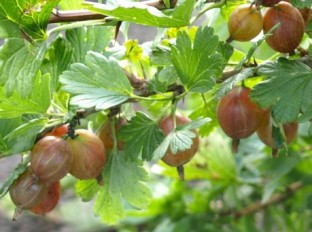 Hinnonmaki Red (sometimes known as Hinno Red) gooseberry lacks an AGM but is our favourite. It produces large red berries, and lots of them, which are sweet enough to be eaten raw - really delicious. This is a strong grower which has good resistance to disease. We recommend this one without hesitation and it thrives even in cooler areas. See also the comment at the end end of this article dated 13 March 2015. 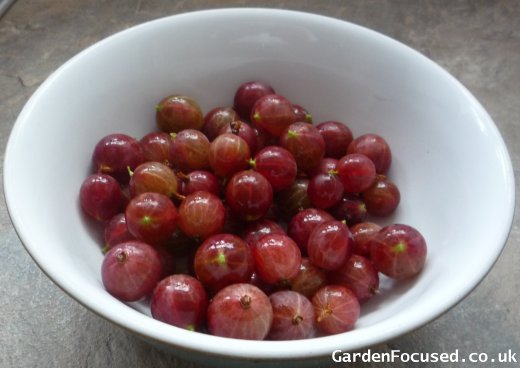 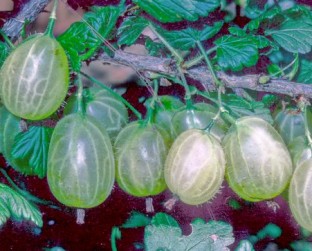 This variety is resistant to American Gooseberry Mildew and that alone makes it a good candidate for one of the best varieties. Combine this with the fact that Invicta is a very strong bush which produces a large crop of fruit reliably each year and it is clear why this variety is so popular.

Awarded an AGM (Award of Garden Merit) by the RHS. This is an early season variety (early June) which is best used in cooking. 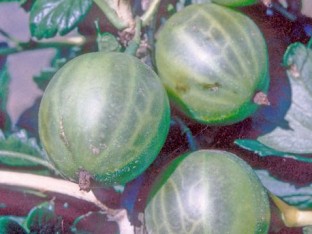 With all the attractive red berries the traditional green gooseberries are sometimes forgotten and Leveller is a very good reason to consider them. This variety is tops for flavour and the skins have very few hairs on them. Excellent raw picked straight from the bush and also for cooking. This is a mid season variety producing fruit from the end of June to mid July.

It has better disease resistance compared to most varieties and is well suited to the UK. It does however need a well dug and reasonably fertile soil if it is to crop reliably and well but it's well worth the effort. The berries are large, about 10g each, and if you get the soil conditions correct it will produce an impressive crop. 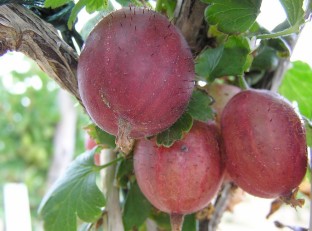 Pax was first released to the market in 1989 so it is a relative newcomer in the gooseberry world. It is a cross between Whinham's Industry and another unnamed variety. One of the key advantages of this variety is that it produces almost no spines - a great advantage when picking the fruit. Individual fruits are a deep red, of average size (7g per fruit) and ripen mid season in early June. They are sweet enough to be eaten off the bush but also cook well. You can expect a crop of about 1.75kg when the plant is mature. Disease resistance is good, pruning to an open centre greatly aids ventilation and reduces the chances of mould, mildew etc. 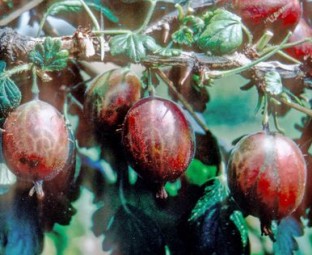 Whinham's Industry has been grown for many decades and it stands up to more recent introductions extremely well. The red fruits are attractive and have fewer "hairs" on the compared to many others making them easier to eat straight from the bush. Individual berries are about 10g when ripe making them on the large side of average. Excellent for eating straight from the bush and also for cooking. The plants do have lots of thorns but they are upright and strong growers.

Over the years this variety has proven itself to be exceptionally suited to the UK climate - they grow well in partial shade and make light work of heavy clay soils. Fruits are ripe in July making it a late cropper, useful for extending the season. It's only weakness is to mildew, so prune well each year and keep the centre of the plant open. Awarded an Award of Garden Merit (AGM) by the Royal Horticultural Society.