Merton Glory was raised in Cambridgeshire in the 1940's. It has never been grown commercially because it bruises easily 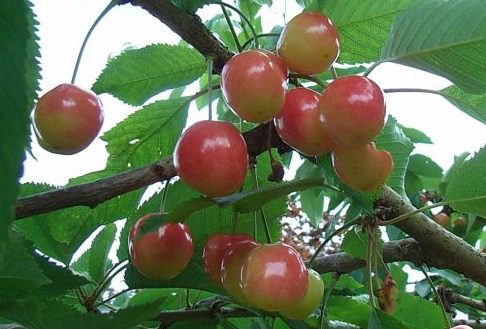 Merton Glory is unlikely to be found in your local garden centre but is easily available online on both Colt and Gisela 5 rootstocks. Chris Bowers and Sons sell this variety at a reasonable price.

Merton Glory is self-sterile and needs a suitable pollination partner to produce fruit. The following varieties produces blossom at the correct time and are easily obtainable in the UK:

HOW LARGE WILL MERTON GLORY GROW

On Colt rootstock Merton Glory will grow to about 4m / 13ft tall when it has reached maturity after about 7 years. With an annual prune it can easily be kept to 2.4m / 8ft high for a manageable tree in most gardens.

On Gisela 5 rootstock it will grow to about 3m tall and can be pruned easily to 2m high.