Use the checklist below to decide if the Colney cherry tree variety is correct for you and your garden. If this is not the correct variety, see our cherry tree varieties page, to select another variety which may suit you better.

WHERE TO BUY COLNEY CHERRY TREES

Colney is not often to be found in your local garden centre but is available online on (almost exclusively) Colt rootstock.  It can be bought as both a potted tree (generally more expensive) all year round or as a bare-rooted tree from October to March (cheaper). We would recommend buying bare-rooted. 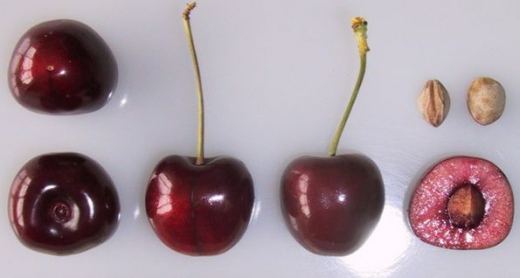 Colney is in pollination group 3 to 4, self-sterile and and needs a suitable pollination partner to produce fruit. The following varieties produces blossom at roughly the same time (late April to early May) and are suitable for pollinating Colney. They are easily obtainable in the UK:

HOW LARGE WILL COLNEY GROW

On Colt rootstock Colney will grow to about 4m / 13ft tall when it has reached maturity after about 7 years. With an annual prune it can easily be kept to 2.4m / 8ft high for a manageable tree in most gardens. On Gisela 5 rootstock it will grow to approximately 2.4m / 8ft.