Adjust all dates to your weather conditions. Click here, it takes less than a minute and your setting will last six months.

By David Marks
Ben Connan was bred by the Scottish Crop Research Institute and produces an early to mid-season crop of blackcurrants. It is becoming increasingly popular in the UK for three reasons:


The parents of Ben Connan are Ben Lomond and Ben Sarek and takes the best characteristics from both. 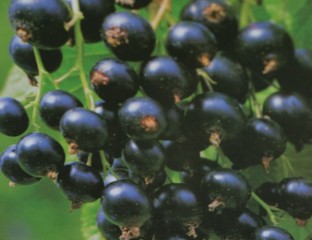 The berries are larger than average at about 16mm each. They have a very full flavour and are excellent for jams, pies, yogurts and all cooking uses. The berries grow on medium sized strigs and along side their large size, this makes for easy fruit picking. Because of the weight of the fruit the branches can sometimes bend down when harvest time approaches. They will recover to a normal position of their own accord when the fruits have been picked.


Plants grow to a height and spread of 1.2m (4ft) in a compact way. You can expect a high yield per plant, about 3.5kg / 7lb, probably the highest of all blackcurrant bushes. The individual fruits are large, glossy and deep purple / black. The plants begin to crop quickly and reach their full cropping potential after only three years although year two will also produce a very decent-sized crop. Expect the plants to crop well for 10 to 12 years. The fruit-picking season for Ben Connan is mid July time for most areas of the UK,

Disease resistance is very good especially to mildew and leaf-curling midge. They do better than most if there is a late frost and are suitable for growing in almost all parts of the UK. Ben Connan has been given an Award of Garden Merit (AGM) by the RHS. As with all blackcurrants, they are self-fertile and will produce a crop if grown alone.


This is a reasonably common variety and can often be found in UK garden centres and almost always in a good number of online fruit specialists.

Bare-rooted plants, available from November to early March, are the cheapest way to buy any blackcurrant bush. A very reliable supplier we could find for Ben Connan was Crocus, click here to go to their page. Expect to pay anywhere between £6.00 to £12.00 depending on the supplier.

Blackcurrant bushes are particularly prone to viral infections and for this reason we would avoid buying them from online general retailers such as as Amazon or E-bay unless you know exactly who is supplying them. Cuttings donated by friends are of course free but we always ask to see the parent plant to check that it is free from disease.

Buying blackcurrant bushes from the discount stores can be a good deal but it can also result in a sub-standard crop. The discount stores take the second quality plants whereas the more conventional suppliers take the best quality. Unfortunately you will only find this out after you have carefully tended your crop for two years when they fail to crop well.

We have four pages devoted entirely to planting, care, harvest, pest / disease and propagating blackcurrants which can be found here.

USE: Cooking use, Brix rating is is very variable, average, 13.