By David Marks
Apples are produced from branches and stems which are two years or more old. We have covered the basic pruning principles for apple trees three years old or more here but this page shows you how to clearly distinguish the difference between stems this year and stems grown the previous year.

It also shows how you can identify the all important fruiting spurs - these are short stems which will produce fruit in the summer. Avoid pruning fruiting spurs and you will maximise the fruit production in the current year.

When pruning an apple tree three years or more old you will want to remove about a third of the current year's growth. Your apple tree will look something similar to the tree pictured below. 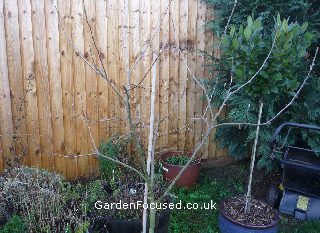 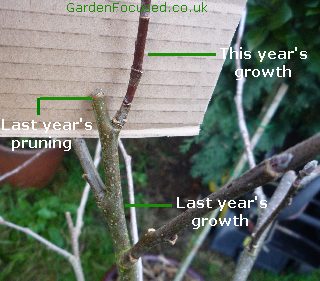 Click picture to enlarge it and see more clearly

The picture also shows where one of the branches was pruned the previous year and it's typical that just below the pruning a new stem has emerged.

The final picture below shows a fruiting spur and it is on these small stems that fruit will be produced during the current growing season. Don't prune these away if you want to maximise fruit production. 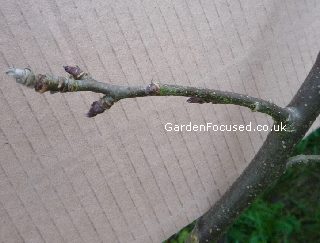